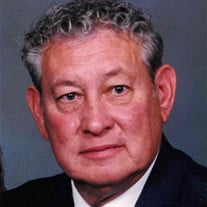 William E. "Bill" Thomas, age 86, of Bloomsburg, passed away on Friday, October 5, 2018, a patient of the Geisinger Medical Center in Danville. Bill was a resident of Bloomsburg for most of his life. He was born on Thursday, December 24, 1931 in Danville, a son of the late Ervin and Tressa (Temple) Thomas. Throughout his younger years, Bill attended the Danville area schools, and later graduated from the former Scott Township High School in 1950. He expanded his education by graduating from The U.S. Submarine School, New London, CT and The United States Armed Forces Institute in Business and Management in 1954. Bill faithfully served in the U.S. Submarine Service during the Korean Conflict and was honorably discharged in 1954. He served on the U.S.S. Sablefish Sub and was in many ports in the world and earned many naval decorations during his tour of duty. On January 18, 1954, Bill married his loving wife the former Shirley A. Krum. He was formerly employed by P.L. Lawton Trucking Co., Inc., Berwick as a Personnel and Safety Director and last at Penn Dot, Montoursville as a District Labor and Contract Compliance Manager until his retirement in 1991. Bill was a member of the St. John Lutheran Church, Espy since 1954 where he helped with bulletins. He was a life member of the Veterans of Foreign Wars, Disabled American Veterans, Danville American Legion Post #40 and former member of the Danville Moose Club. He was an active member of the Continental Hose Co., Danville for many years and the Berwick Senior Center where he enjoyed traveling on charter bus tours in the 1990's. Bill was a Scott Township Supervisor from 1978 1990. His hobbies included making various household repairs for friends and neighbors and traveling. In addition to his parents, Bill was also preceded by two brothers, Charles Thomas and James Richeldifler and a daughter in law Amy (Bowman) Thomas. Survivors include his beloved wife of 64 years, Shirley Thomas; three children, Carol M. wife of Robert Keller, Clay W. Thomas and Jeffrey L. Thomas all of the Bloomsburg area; three sisters, Frances Hidlay, Dorothy Deibert and Ruth McMurtrie all of Berwick. A time of Visitation for family and friends will be held on Tuesday, October 9, 2018 from 10:00 am to 11:00 am at the Allen Funeral Home, Inc. 745 Market at Eighth Streets, Bloomsburg. Funeral Services will begin on Tuesday, October 9, 2018 at 11:00 am at the Allen Funeral Home, Inc. in with his pastor, Rev. Gordon E. Smith, officiating. Graveside committal services will immediately follow in the New Rosemont Cemetery, Espy, with military honors provided by the Danville American Legion. The Allen Funeral Home, Inc., is honored to be serving the Thomas family. Memorial contributions in William's name are suggested to: St. John Lutheran Church, 2575 Old Berwick Road, Bloomsburg, PA 17815

William E. "Bill" Thomas, age 86, of Bloomsburg, passed away on Friday, October 5, 2018, a patient of the Geisinger Medical Center in Danville. Bill was a resident of Bloomsburg for most of his life. He was born on Thursday, December 24, 1931... View Obituary & Service Information

The family of William E. "Bill" Thomas created this Life Tributes page to make it easy to share your memories.