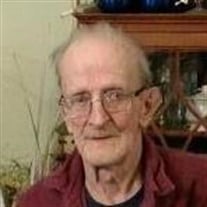 Thomas Edward Deater Jr., age 78, of Danville, passed away on Monday, July 8, 2019, at his West Hemlock Twp. home, surrounded by his loving family. Thomas was a resident of his home for the past 14 years. He was born on Sunday, December 1, 1940 in Berwick, a son of the late Thomas Edward Deater, Sr. and Lois (Evans) Babcock. He faithfully served his country during the Vietnam War with the U.S. Army and was honorably discharged in 1964. On November 18, 1999, Thomas married his loving wife, the former Vickie E. Parks. Thomas was employed by G & B Specialties, Berwick as a Machinist until his retirement. He was a life member of the West Berwick Fire Co., and a member of the American Legion Post #40, Danville. Thomas was an avid fisherman, and he loved to spend time with his grandchildren. In addition to his parents, Thomas was also preceded in death by a brother, Ray Deater, and two step sisters, Elizabeth Babcock, and Barbara Moon. Survivors include his beloved wife of 19 years, Vickie E. Parks Deater, at home, seven children; David E. Deater and wife Gail of Berwick, William D. Deater and companion, Melody of Berwick, Russell C. Deater of Berwick, Stefanie R. Hartzel of Georgia, William J. Lenches, III and wife Coty of Danville, Shanna E. wife of Paul Haden, II of Millville, John A. Lenches of Danville, 12 grandchildren, 1 great granddaughter, a sister, Tonja Cooper of Vista, CA, a step brother, Thomas Babcock, Jr. and wife Debbie of Nescopeck, a step sister, Grace Crawford of Florida, as well as numerous nieces, nephews, aunts and uncles. Funeral Services will begin on Saturday, July 27, 2019 at 3:00 pm at St. Peter's Lutheran Church, 727 Columbia Hill Road, Danville with Rev. Trevor Hahn, officiating. The Allen Funeral Home, Inc., 107 West Main at Railroad Streets, Millville is honored to be serving the Deater family. Friends and family wishing to send a memorial gift, share a personal memory or offer condolences to the family, a Memorial Tribute Page in Thomas’s honor and a Sympathy Store are available at www.Allen FuneralHome.com.

Thomas Edward Deater Jr., age 78, of Danville, passed away on Monday, July 8, 2019, at his West Hemlock Twp. home, surrounded by his loving family. Thomas was a resident of his home for the past 14 years. He was born on Sunday, December 1,... View Obituary & Service Information

The family of Thomas Edward Deater Jr. created this Life Tributes page to make it easy to share your memories.

Thomas Edward Deater Jr., age 78, of Danville, passed away on...

Send flowers to the Deater family.