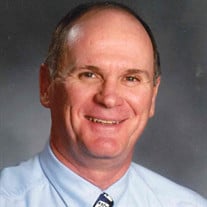 Steven R. Smith, age 69, of Millville, died on Friday morning, August 23, 2019, surrounded by his family at his home of 44 years in Eyers Grove, and under the care of Geisinger Home Hospice. Steve was born on Friday, May 5, 1950 in Danville, Pennsylvania, a son of the late Maynard "Mick" E. and Phyllis P. (Parker) Smith. Throughout his younger years, he attended Millville area schools, and graduated from Millville High School in 1968. Steve expanded his education by attending Bloomsburg University, and graduated with a Bachelor's Degree in mathematics in 1972. On August 16, 1975, Steve married his loving wife, Phyllis (Muth) Smith. For over 36 years, Steve taught math at Danville High School until his retirement in 2008. For many years, he served as the chair of the Math Department. As a teacher, Steve shared his passion and love for learning with his students, and his impact extended beyond his time with them in the classroom. Steve was devoted in his faith and love for Jesus Christ. He shared that love with his family, his church and his friends. As a member of the Mill Green United Methodist Church in Millville, he and his wife served as Communion Stewards for many years. Steve also chaired the Finance Committee, served as a Trustee and taught Sunday School for over 40 years. He was active in his local community, by serving as secretary of the Millville Lions Club and also on the operations committee at Camp Victory. He was an instrumental part of re building and re opening the Millville pool in 1995, also known as the Little Fishing Creek Area Swimming Pool. Survivors include his beloved wife of 44 years, Phyllis, of Millville; a daughter, Taryn Verstraeten and husband, Matthew of Benton; a son, Brent Smith and wife, Mindy, of Dillsburg; and a daughter, Brynn Clark and husband, Ben, of Millville; four grandsons: Parker Clark, Isaiah Verstraeten, Kiptyn Smith, and Micah Clark and three granddaughters: Kendi Smith, Hope Clark, and Aleta Verstraeten, and also by his brother, Doug Smith and wife, Susan, of Eyers Grove. A time of Visitation for family and friends will be held on Friday evening, August 30, from 5:00 pm to 7:00 pm at the Mill Green United Methodist Church, 75 S. State Street in Millville. Funeral Services will begin on Saturday morning, August 31, at 10:00 am at the Mill Green United Methodist Church, Millville with his pastor, Rev. Robert W. Strozyk, officiating. Graveside committal services will immediately follow in the Millville Cemetery. The Allen Funeral Home, Inc., 107 W. Main at Railroad Streets in Millville is honored to be serving the Smith family. Memorial contributions in Steven's name are suggested to the Mill Green United Methodist Church, 75 S. State Street Millville, PA 17846 or Geisinger Home Hospice 410 Glenn Ave, Suite 200, Bloomsburg, PA 17815.

Steven R. Smith, age 69, of Millville, died on Friday morning, August 23, 2019, surrounded by his family at his home of 44 years in Eyers Grove, and under the care of Geisinger Home Hospice. Steve was born on Friday, May 5, 1950... View Obituary & Service Information

The family of Steven R. Smith created this Life Tributes page to make it easy to share your memories.