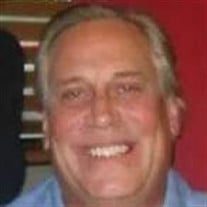 Stephen R. Dilick , age 54, of Coudersport, formerly of Millville, died on Monday, February 19, 2018, a patient of the Cole Memorial Hospital, Coudersport. Stephen was born on Friday, February 22, 1963 in Natrona Heights, PA, a son of Betty J. (Dougherty) Dilick of Ford City, PA and the late Gabriel J. Dilick. Stephen graduated from the Kittanning High School in 1981. After high school, Stephen faithfully served his country in the US Army. He was honorably discharged in 1987. Stephen then attended Butler Community College, and graduated with an Associate Degree and became a Registered Nurse. On October 1, 2016, Stephen married his loving wife, Jeanette (Keller) (Rowello) Dilick. Stephen was a member of the Mil Green United Methodist Church of Millville. He was also a member of the NRA and the Sinnemahoning Sportsmen's Club. Stephen enjoyed spending his time hunting, fishing, and riding his quad. He was a Pittsburgh Steelers football fan. In addition to his father, Stephen was also preceded by two daughters: Whitney Dilick on September 8, 2016 and Megan Dilick on November 5, 2013 and a brother: Joseph R. Dilick. Survivors include his beloved wife, Jeanette Dilick; his mother: Betty J. Dilick of Ford City, PA, a daughter: Sydney Dilick of Danville PA; a son Quinn Dilick-Eppley of Fredericksburg, VA and a sister, Theresa Petrie of Ford City, PA. A time of Visitation for family and friends will be held on Monday, February 26, 2018 from 10:00 am to 11:00 am at the Mil Green United Methodist Church, Millville. Funeral Services will begin on Monday, at 11:00 am at the Church with Rev. Robert Strozyk, officiating. Graveside committal services will immediately follow at the Millville Cemetery. The Allen Funeral Home, Inc 107 West Main at Railroad St., Millville, is honored to be serving the Dilick family. Memorial contributions in Stephen's name are suggested to: Teen Challenge 329 E. Wister St., Philadelphia, PA 19144. Friends and family wishing to send a memorial gift, share a personal memory or offer condolences to the family, a Memorial Tribute Page in Stephen’s honor and a Sympathy Store are available at www.Allen FuneralHome.com.

The family of Stephen R. Dilick created this Life Tributes page to make it easy to share your memories.

Send flowers to the Dilick family.