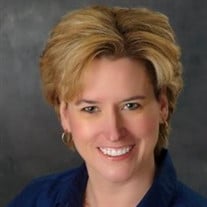 Stephanie Dunn Haney, age 53, of Bloomsburg, passed away on Friday, January 7, 2022, at her Hemlock Twp. home surrounded by her loving family. She was born on Thursday, May 9, 1968, in Bloomsburg, a daughter of Priscilla V. Dunn of Bloomsburg and the late Lawrence L. Dunn. Stephanie graduated from Bloomsburg High School and earned degrees from Bucknell University and Ohio State University. She worked in higher education in Ohio and more recently as Residential Life Director at Goucher College in Baltimore. After returning to Bloomsburg, she served 15 years as Township Manager for Hemlock Township. Stephanie and a group of friends formed Team Haney in 2008 to raise money for lung cancer research. Over the years, tens of thousands of dollars have been raised toward this effort. She attended national conferences and spoke to various groups of lung cancer professionals and lay people. She was a grant reader for the federal government for a number of years, evaluating grant proposals for lung cancer research from a survivor’s perspective. She also enjoyed horseback riding and traveling with her daughters and family. Stephanie was a member of Mill-Green United Methodist Church, Millville and performed with their bell choir. She was a solo and choir vocalist. She was a member of the Bucknell University Rooke Chapel Choir and later performed with the Ohio State Chorale, the Baltimore Symphony Orchestra Chorale and the Susquehanna Valley Chorale. In addition to her father, Stephanie was also preceded in death by her stepfather, Murray Holdren. Survivors include her mother, Priscilla V. Dunn of Bloomsburg, two daughters, Elizabeth Irene Haney and Allison Faith Haney both of Bloomsburg, two aunts, Jane L. Dunn of Orefield, PA, Marjorie McGill of Bloomsburg, two uncles, Pete Vanderslice and wife Elsie of Bloomsburg, Mark Vanderslice and wife Patricia of Mechanicsburg, numerous cousins, and her partner, Christopher Krepich of Bloomsburg. A time of visitation for family and friends will be held on Friday, January 14, 2022, from 4:00 pm to 6:00 pm at the Allen Funeral Home, Inc. 745 Market at Eighth Streets, Bloomsburg. Funeral Services will begin on Saturday, January 15, 2022, at 10:00 am at the Mill-Green United Methodist Church, 75 South State St., Millville with Rev. Robert W. Strozyk and Rev. Richard Leonard, officiating. Private graveside services will be held in the Mifflinville Cemetery. The Allen Funeral Home, Inc., is honored to be serving the Haney family. Memorial contributions in Stephanie's name are suggested to: Mill-Green United Methodist Church, 75 South State St., Millville, PA 17846 or The Lung Cancer Research Foundation, 155 East 55th St., Suite 6E, New York, NY 10022.

Stephanie Dunn Haney, age 53, of Bloomsburg, passed away on Friday, January 7, 2022, at her Hemlock Twp. home surrounded by her loving family. She was born on Thursday, May 9, 1968, in Bloomsburg, a daughter of Priscilla V. Dunn of... View Obituary & Service Information

The family of Stephanie Dunn Haney created this Life Tributes page to make it easy to share your memories.

Stephanie Dunn Haney, age 53, of Bloomsburg, passed away on Friday,...

Send flowers to the Haney family.