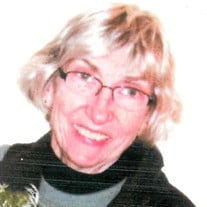 Sharon A. Steiner, age 73, of Bloomsburg, died quietly at her home on Friday, October 16, 2020. Born on January 30, 1947, in Millville, she was the daughter of the late J. Arnold and Ella Mae (Musselman) Avery. Sharon graduated from Berwick High School in 1964, and from Bloomsburg State College in 1968, where she later received a Master’s Degree in Education. She married Arthur A. Steiner and both began their teaching careers in Wolcott, NY, returning a year later to teach in Bloomsburg. Sharon admired the art of writing-as an avid reader, a writer in her own right, and as a teacher and advisor. She taught high school composition and served as advisor of the high school yearbook, as well as the newspaper and literary magazines, first at Bloomsburg, then later at Central Columbia High School. She was also advisor to the Bloomsburg High School Class of 1972. At Central Columbia High School, Sharon coordinated the school’s Gifted Program and taught in the Language Arts Department. Other forms of artistic expression impressed Sharon deeply as well. She introduced her great-nieces to the delights of music by taking them to a performance of the Susquehanna Valley Chorale. Likewise, she seemed to intuitively recognize her students' latent talents. She encouraged them to explore their personal gifts, always nudging them forward and upward by helping them apply for opportunities such as the Pennsylvania Governor's School for the Arts. Many of her students would later comment that she saw qualities in them they didn't realize they had. Sharon had a tenderness toward all animals, but especially cats. Concerned about the feral cat population, she and her husband, arranged and paid for the spaying and neutering of strays in their neighborhood. She advocated for pet adoption from Animal Rescue shelters, adopting several cats and a dog over the course of her lifetime. Sharon’s grandchildren call her “B-Mom" and "the keeper of memories.” She kept an album for each of her grandchildren, filled with photographs (taken by Art) of their family adventures, along with examples of each child’s “isms,” such as “B-Mom, which side of the ship are we on? The port side or the Starbuck side?” She always kept individually wrapped Dove chocolates and lifesavers in her purse to satisfy sudden hunger pangs, and she could spend hours coloring with her granddaughter. Every newspaper clipping and certificate of achievement mentioning her sons had been lovingly tucked away for later discovery. Besides her husband, Arthur A. Steiner, she is survived by her sons Craig A. Steiner and wife Sherrilynne, San Diego, and Christopher A. Steiner, Thomaston, ME; granddaughter Jeanna Steiner, San Diego, and grandsons Erich and Jakob Steiner, San Diego. She also leaves behind two sisters: Dorothy Henry, Wilkes Barre, and Velma Burrows and husband Jim, Espy, and numerous nieces and nephews whom she always remembered on every special holiday. In addition to her parents, she was preceded in death by a baby brother, Arnold “Sonny” Avery. A private viewing will take place at the convenience of the family at Allen Funeral Home, 745 Market at Eighth Streets, Bloomsburg. Friends and family may remember Sharon by contributing to the Sharon Steiner Memorial Scholarship Fund, care of Karen Temple, Central Columbia High School Guidance Department, 4777 Old Berwick Road, Bloomsburg, PA 17815.

Sharon A. Steiner, age 73, of Bloomsburg, died quietly at her home on Friday, October 16, 2020. Born on January 30, 1947, in Millville, she was the daughter of the late J. Arnold and Ella Mae (Musselman) Avery. Sharon graduated from... View Obituary & Service Information

The family of Sharon A. Steiner created this Life Tributes page to make it easy to share your memories.

Sharon A. Steiner, age 73, of Bloomsburg, died quietly at her...

Send flowers to the Steiner family.