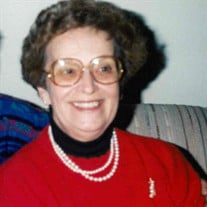 Rosemary A. Moore, age 84, of Bloomsburg, completed her life journey, surrounded by her loved ones on Tuesday, November 22, 2016, a patient of the Geisinger Medical Center in Danville. Rosemary was a resident of her home in Bloomsburg for over 50 years. Rosemary was born on Saturday, July 23, 1932 in Ralpho Twp., Northumberland Co., a daughter of the late Joseph and Regina Grzybowski. Throughout her younger years, Rosemary attended and later graduated from the Ralpho Twp. School in 1950. Rosemary expanded her education by attending Geisinger School of Nursing, and obtained her certification as a Registerd Nurse in 1953. After her role as a stay at home mom for her four children, Rosemary returned to the workforce as a Dialysis Nurse at Geisinger Medical Center. Her love of Nursing inspired two of her daughters and two of her granddaughters to become Registered Nurse. Rosemary was a member of the Hemlock Twp. Homemakers and the Red Hat Society. Rosemary enjoyed spending her time gardening, traveling, baking, puzzles and especially spending time with her family. In addition to her parents, Rosemary was also preceded by her husband: Ivan Moore, daughter: Eileen L. McHenry, son in law: Leslie Black, and brother: Joseph Grzybowski. Survivors include her daughters: Linda M. (Dennis), Frazier of Bloomsburg, PA and Janice A. Black of Harrisburg, PA, son: Alfred F. (Debi), Nevel, III of Berwick, PA, 9 grandchildren: Laurie ( Christian) Andrade, Amanda (Keith) Lynn, Kaitlyn (Steve) Krasucki, Garrett Black, Kolby Nevel, Melissa McHenry (Brandon Tieman), Stuart (Krystal) McHenry, John McHenry, and Shane McHenry; 6 great grandchildren, and a brother, Theodore Grzybowski of Clifton, NJ. A time of Visitation for family and friends will be held on Thursday, December 1, 2016 from 5:00 pm to 7:00 pm at the Allen Funeral Home, Inc., 745 Market at Eighth St., Bloomsburg. Friends and family will also be received on Friday, December 2, from 10 am to 11 am at the funeral Home. Funeral Services will begin on Friday, December 2, 2016 at 11:00 am at the Allen Funeral Home, Inc. in with Pastor Susan Rogutski, officiating. Graveside committal services will be held privately in Twin Hills Memorial Park, Montoursville. The Allen Funeral Home, Inc., is honored to be serving the Moore family. Memorial Contributions in Rosemary's memory are suggested to Geisinger Nursing Scholarship Fund, 100 North Academy St., Danville, PA 17821

Rosemary A. Moore, age 84, of Bloomsburg, completed her life journey, surrounded by her loved ones on Tuesday, November 22, 2016, a patient of the Geisinger Medical Center in Danville. Rosemary was a resident of her home in Bloomsburg... View Obituary & Service Information

The family of Rosemary A. Moore created this Life Tributes page to make it easy to share your memories.

Rosemary A. Moore, age 84, of Bloomsburg, completed her life...

Send flowers to the Moore family.