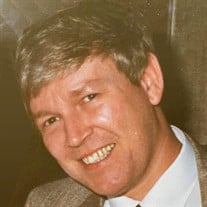 Robert R. "Bob" Griffin, age 75, of Bloomsburg, passed away on Monday morning, November 1, 2021, at his home under the care of Commonwealth Hospice of Berwick. Bob was a resident of Bloomsburg since 1974. He was born on Sunday, September 8, 1946 in Ridley Park, PA a son of the late Albert and Elizabeth "Betty" (Wolfe) Griffin. Bob graduated from Interboro High School, Prospect Park in 1965. He expanded his education by attending Bloomsburg State College, graduating with a Bachelor's Degree in Education in 1973. Bob faithfully served his country in the United States Army as an infantryman during the Vietnam War and was awarded the Purple Heart on May 12, 1969 for wounds received in action. He was honorably discharged on July 13, 1970. On February 15, 1969, Bob married his loving wife, the former Margaret "Marge" A. Purosky. He and his wife, Marge, owned the jewelry store Good as Gold on Main Street in Bloomsburg for many years. Before entering the jewelry business and after retirement, he operated Bob's Coin Shop and was a trusted resource for those looking to buy or sell precious metals. Bob loved baseball and coached and umpired little league in Bloomsburg and Lightstreet. He was an avid fan of the Philadelphia Phillies, Eagles and 76ers. For many years he also followed the Bloomsburg University wrestling team, often driving many hours to see them compete. Bob enjoyed traveling and visited many US cities and foreign countries with his wife. He and his wife also enjoyed movies together, rarely missing a Sunday matinee at the Cinema Center for many years. Most of all, Bob enjoyed his family, especially his grandchildren. In addition to his parents, Bob was also preceded in death by a daughter, Kelly Anne Griffin. Survivors include his beloved wife of 52 years, Margaret "Marge" A. Griffin, a daughter, Julia E. and husband John Getty of Allentown, a son, Daniel M. Griffin and wife Laura of Bloomsburg; three grandchildren, Clara Getty, Noah Griffin, Dani Marie Griffin; two sisters, Patricia Straight of Ridley Park, PA, Katherine Tuttle of Swedesboro, NJ, a brother, James Griffin of Prospect Park, PA, as well as many nieces and nephews. A time of visitation for family and friends will be held on Thursday, November 4, 2021 from 5:00 pm to 7:00 pm at the Allen Funeral Home, Inc., 745 Market at Eighth Streets, Bloomsburg. Funeral services will begin on Friday, November 5, 2021 at 10:00 am at the Allen Funeral Home, Inc. with Rev. Michael Delp, officiating. Graveside committal services will immediately follow in the New Rosemont Cemetery, Bloomsburg. Military honors will be presented by a combined VFW and American Legion groups. The Allen Funeral Home, Inc., is honored to be serving the Griffin family. Memorial contributions in Robert's name are suggested to: Bloomsburg Little League, PO Box 26, Bloomsburg, PA 17815.

Robert R. "Bob" Griffin, age 75, of Bloomsburg, passed away on Monday morning, November 1, 2021, at his home under the care of Commonwealth Hospice of Berwick. Bob was a resident of Bloomsburg since 1974. He was born on Sunday, September... View Obituary & Service Information

The family of Robert R. "Bob" Griffin created this Life Tributes page to make it easy to share your memories.

Send flowers to the Griffin family.