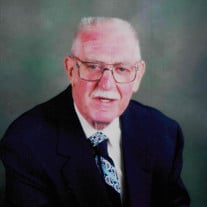 Robert D. Davis , age 80, of Orangeville, died on Wednesday, August 30, 2017, a patient of the Geisinger Bloomsburg Hospital. Robert was a resident of his home in Orangeville for over 20 years. Robert was born on Wednesday, October 28, 1936 in Waller, PA, a son of the late Harry J. and Helen A. (Hess) Davis. Throughout his younger years, Robert attended the Benton area schools, and later graduated from the Benton High School in 1955. In 1999, Robert married his loving wife, C. Faye (Girard) Davis, formerly of Bloomsburg . For 11 years, Robert was employed by the former Erwine Construction as a Carpenter. Afterward he was self employed until his retirement. Robert was a member of the Stillwater Christian Church. He enjoyed spending his time with family, hunting and fishing, traveling and was an avid NASCAR fan. He greatly enjoyed spending his time with his dogs, Buffy and Max. In addition to his parents, Robert was also preceded by a brother, Elmer A. Davis, Sr., a sister Sarah Plaskon and a grandson, Austin Oxenrider on April 1, 2017. Survivors include his beloved wife of 18 years: C. Faye Davis; step daughters: Jocelynne A. Kline and husband, Barry,and Dennine R. Oxenrider and husband, Barry. A time of Visitation for family and friends will be held on Tuesday, September 5, 2017 from 10:00 am to 11:00 am at the Stillwater Christian Church, Stillwater. Funeral Services will continue at 11:00 am at the church with Scott Lyons and Jeff Farley, Associate Ministers, officiating. Graveside committal services will be held Wednesday at 11 a.m. in Elan Memorial Park. The Allen Funeral Home, Inc., is honored to be serving the Davis family. Friends and family wishing to send a memorial gift, share a personal memory or offer condolences to the family, a Memorial Tribute Page in Robert’s honor and a Sympathy Store are available at www.Allen FuneralHome.com.

Robert D. Davis , age 80, of Orangeville, died on Wednesday, August 30, 2017, a patient of the Geisinger Bloomsburg Hospital. Robert was a resident of his home in Orangeville for over 20 years. Robert was born on Wednesday, October 28, 1936... View Obituary & Service Information

The family of Robert D. Davis created this Life Tributes page to make it easy to share your memories.

Send flowers to the Davis family.