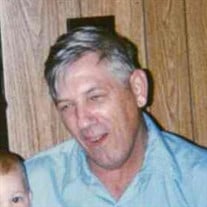 Robert A. Acker, Sr., age 81, of Bloomsburg, died on Tuesday, August 9, 2016, a patient of the Geisinger Medical Center in Danville surrounded by his loving family. He was a resident of his home in Bloomsburg for over 47 years. Robert was born on Wednesday, July 10, 1935 in Drums, PA, a son of the late Alexander Sr. and Margaret L. (Houseknecht) Acker. Throughout his younger years, Robert attended the Newport Township Schools. Robert's working career was dedicated to being a truck driver. He retired in 1997 from Wise Potato Chip with 15 years service. In 1976 Robert married his loving wife, Beverly D. (Taylor) McGaw, who died February 4, 2006. Robert was a member of the St. James United Church of Christ, Ridgeville. He was also a member of the Teamsters Union. Robert was an avid Philadelphia Phillies fan and, being a continual tinkerer, he enjoyed small engine repair. In addition to his parents and wife, Robert was also preceded in death by brothers, Alvin K. Acker, Charles W. Acker, Alexander Acker, Jr. and sisters, Elizebeth C. Smith, Marion L. Valentine, and Nancy E. Kemler. Survivors include nine children: Sandra J.McCabe and husband, Joe, of Berwick, Robert A. Acker, Jr. and wife, Yvonne, of Danville, Cindy E. Kingston and husband, John, of Bloomsburg, Charla R. Barrett and husband, Frank, of The Villages, FL, Michael A. McGaw and wife, Donna, of Bloomsburg, Timothy E. McGaw and wife, Kate, of Martinsburg, PA, Daniel A. McGaw of Shamokin, PA, Patrick T. McGaw and wife, Kim, of Danville, PA, and Alisa H. Dodge of Bloomsburg, 16 grandchildren, 15 great grandchildren, and a sister, Jan A.Thomas and husband, Lester, of Nescopeck, PA. A time of visitation for family and friends will be held on Friday, August 12, 2016 from 6:00 pm to 8:00 pm at the Allen Funeral Home, Inc., 745 Market at Eighth St.,Bloomsburg. Funeral Services will begin on Monday, August 15, 2016 at 10:00 am at the Allen Funeral Home, Inc. Graveside committal services will immediately follow in the Elan Memorial Park, Bloomsburg. The Allen Funeral Home, Inc., is honored to be serving the Acker family.

Robert A. Acker, Sr., age 81, of Bloomsburg, died on Tuesday, August 9, 2016, a patient of the Geisinger Medical Center in Danville surrounded by his loving family. He was a resident of his home in Bloomsburg for over 47 years. Robert was... View Obituary & Service Information

The family of Robert A. Acker, Sr. created this Life Tributes page to make it easy to share your memories.

Send flowers to the Acker, family.