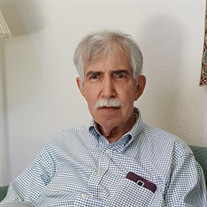 Attorney Michael Kosh, of Redwood City, CA passed away on Thursday, June 24, 2021, after a long battle with Parkinsons. Michael was born on Wednesday, March 6, 1946 in Scranton, a son of the late Jacob and Ann (Chabal) Kosh. He was a graduate of West Scranton High School, class of '64. Continuing his education with a bachelor of science from the University of Scranton. He then pursued a career in law receiving a degree from John Marshall Law School in Chicago, IL. After association with several law firms he accepted a position in the trust department of Penn Security Bank in Scranton. Having spent many years there he decided to relocate to California. He was a Vice President in the trust department of Comerica Bank, Palo Alto, CA. He always wanted to work in San Francisco and his last position was again in the trust department at City National Bank, San Francisco. He retired from there looking forward to more cruises to Alaska and Hawaii. He and his wife Jean celebrated their 25th anniversary onboard a trans Atlantic crossing on the Queen Mary. He was a San Francisco Giants fan and loved watching games with his beloved dog Sweetie by his side. He is survived by his wife Jean, stepson Charles Hoynowski and grandson Carl Hoynowski. A sister Ann (Robert) Caramanno, a brother Alan (Chester) Kosh, a niece Kelly, a nephew Rob and their children; Alice, Evee, Jake and Tommy. A time of visitation for family and friends will be held on Friday, July 9, 2021 from 9:00 am to 10:00 am at the Allen Funeral Home, Inc., 745 Market at Eighth Streets in Bloomsburg. A Christian Wake Service will begin on Friday, July 9, 2021 at 10:00 am at the Allen Funeral Home, Inc. with Rev. Richard J. Mowery, St. Columba Catholic Church, officiating. Graveside committal services will immediately follow in Elan Memorial Park, Lime Ridge. The Allen Funeral Home, Inc., is honored to be serving the Kosh family. Memorial contributions in Michael's name are suggested to: a favorite charity of the donor's choosing.

Attorney Michael Kosh, of Redwood City, CA passed away on Thursday, June 24, 2021, after a long battle with Parkinsons. Michael was born on Wednesday, March 6, 1946 in Scranton, a son of the late Jacob and Ann (Chabal) Kosh.... View Obituary & Service Information

The family of Michael Kosh created this Life Tributes page to make it easy to share your memories.

Send flowers to the Kosh family.