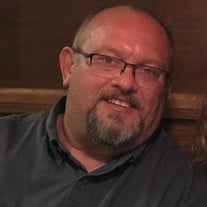 Michael Lee Bennett, 53, of Danville, Talen Energy employee and hard cider enthusiast passed away Sunday, January 9, 2022, at Geisinger Medical Center surrounded by his family. Born August 20, 1968, the son of Claire Breech and Larry Bennett both of Bloomsburg. He was a graduate of the Class of 1986 at Southern Columbia Area High School. During his time at Southern Columbia, Michael played football and was on the wresting team. After graduation, Michael attended Williamsport Area Community College. He was the owner and operator of Bennett’s Limousine Co. from 1999 2010. Most recently he was employed at Talen Energy, Brunner Island, York Haven working as a Fossil Specialist/Mechanic. Michael’s true passion was working outside in his orchard that consists of least 40 apple varieties, pears, cherries, and blueberries. He enjoyed watching the trees grow as he learned to nurture them from saplings to the fruit bearing stage. Michael got a rush from pressing those apples and seeing the liquid gold run from the press. The best rewards were the ones he worked for. The smile, the fresh pressed cider brought to everyone’s faces, was his favorite reward. Michael, an avid outdoorsman, enjoyed hunting and fishing on his property with his children. He was the Vice President of the White Pines Sportsman Club and member of the Orangeville Sportsman Club. Survivors include his beloved wife of 26 years, Trudy K. Bennett, his father, Larry A. Bennett and wife Janet of Bloomsburg, his mother, Claire E. Breech and husband Wayne of Bloomsburg. He is also survived by his twins, Brittany Helen Bennett and Zeke Harrison Bennett, both seniors at Penn State, who Michael was so proud of, a sister, Carla S. Bennett of Bloomsburg, a brother, Matthew R. Fleming of Berwick, as well as numerous nieces and nephews. A time of visitation for family and friends will be held on Saturday, January 15, 2022, from 12:00 pm to 2:00 pm at the Allen Funeral Home, Inc., 745 Market at Eighth Streets, Bloomsburg. Funeral services will begin on Saturday, January 15, 2022, at 2:00 pm at the Allen Funeral Home, Inc. with Rev. Shannon R. Borchert, officiating. The Allen Funeral Home, Inc., is honored to be serving the Bennett family. Memorial contributions in Michael's name are suggested to: Millville Lions Club, PO Box 497, Millville, PA 17846.

The family of Michael Lee Bennett created this Life Tributes page to make it easy to share your memories.

Send flowers to the Bennett family.