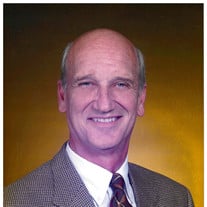 Martin K. Beaver, age 71, of Bloomsburg, died on Saturday, May 27, 2017, at home surrounded by his family and under the care of Columbia Montour Hospice. Martin was a native of Numidia. He was born on Monday, December 3, 1945 in Bloomsburg, PA, a son of the late Mervin and Claudia (Raup) Beaver. Throughout his younger years, Martin attended the Numidia area schools, and later graduated from the Southern Columbia High School in 1963. He expanded his education by attending Bloomsburg State Teachers College. On October 14, 1966, Martin married his loving wife, Mary E. (Whitenight) Beaver of Bloomsburg. Martin was employed by Kawneer of Bloomsburg. He then went into field sales in New York with TRACO (Three Rivers Aluminum Company) of Pittsburgh where he was employed for over 31 years. He covered the mid West, South and West Coasts. Later he moved to Exton, PA where he continued his sales career. In 2013 he retired and he and Mary moved back to Bloomsburg. Martin was a member of the Wesley United Methodist Church. He was also a member of the Washington Lodge #265 F&AM, Caldwell Consistory both of Bloomsburg. In addition to his parents, Martin was also preceded by three siblings: Nancy Jankowski, Claude Beaver, and Robert Beaver. He was the last surviving member of his immediate family. Survivors include his beloved wife of 50 years: Mary E. Beaver; two children: Melissa Deacon (Patrick) of Ardsley, PA, and Matthew P. Beaver (Melissa) of Normal, IL and four grandchildren: Patrick Deacon, Carter Beaver, Cordova Beaver, and Christian Beaver. A time of Visitation for family and friends will be held on Tuesday, May 30, 2017 from 3:00 pm to 4:00 pm at the Allen Funeral Home, Inc., 745 Market at Eighth St., Bloomsburg. Funeral Services will follow at 4:00 pm with his pastor, Rev. Dr. Gary D. Weaver, officiating. The Allen Funeral Home, Inc., is honored to be serving the Beaver family. Memorial contributions in Martin's name are suggested to: Wesley United Methodist Church, 130 West Third Street, Bloomsburg, PA 17815. Friends and family wishing to send a memorial gift, share a personal memory or offer condolences to the family, a Memorial Tribute Page in Martin’s honor and a Sympathy Store are available at www.Allen FuneralHome.com.

Martin K. Beaver, age 71, of Bloomsburg, died on Saturday, May 27, 2017, at home surrounded by his family and under the care of Columbia Montour Hospice. Martin was a native of Numidia. He was born on Monday, December 3, 1945 in Bloomsburg,... View Obituary & Service Information

The family of Martin K. Beaver created this Life Tributes page to make it easy to share your memories.

Send flowers to the Beaver family.