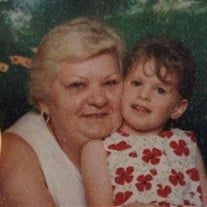 Martha M. Reinaker, age 83, of Bloomsburg, passed away on Monday afternoon, November 15, 2021, at her home surrounded by her loving family and under the care of Geisinger Hospice. She was born on Tuesday, November 16, 1937 in Trevorton,... View Obituary & Service Information

The family of Martha M. Reinaker created this Life Tributes page to make it easy to share your memories.

Martha M. Reinaker, age 83, of Bloomsburg, passed away on Monday...

Send flowers to the Reinaker family.