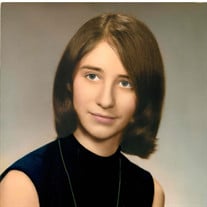 Kay E. Parker, age 67, of Bloomsburg, passed away on Friday, December 8, 2017, at her residence. Kay was a resident of her home in Bloomsburg for over 48 years. Kay was born on Sunday, September 24, 1950 in Berwick, a daughter of the late Ernest J. and Dorothy (Summers) Lupini. Throughout her younger years, Kay attended the Mifflinville Elementary school, graduated from the Central Columbia High School in 1968. In June, 1969, Kay married her loving husband, Chris L. Parker of Bloomsburg. After graduation Kay specialized in Office Management for several local dealerships retiring from Berwick Chevrolet in 2015. She was a member of the Espy Fire Company Women's Auxiliary and the Bloomsburg Archery Club. Kay enjoyed spending her time camping with family, playing bingo, painting ceramics and playing cards. In addition to her parents, Kay was also preceded by a son, Randy J. Parker on May 8, 2012. Survivors include her beloved husband of 48 years, Chris L. Parker; daughter, Nikki L. wife of Wayne Poe of Bloomsburg, two granddaughters, Lauren C. Poe of Bloomsburg, Kayla E. Poe of Bloomsburg; brother, Donald Lupini of Mifflinville; sister, Carol Lupini of Bloomsburg; sister, Jeannie Gibbs of Bloomsburg; sister in law, Linda A. wife of Bernard Bafile of Bloomsburg; brother in law, Carl B. Parker and wife Lynn of Bloomsburg. A time of Visitation for family and friends will be held on Thursday, December 14, 2017 from 6:00 pm to 8:00 pm at the Allen Funeral Home, Inc. 745 Market at Eighth Street, Bloomsburg. The Allen Funeral Home, Inc., is honored to be serving the Parker family. Memorial contributions in Kay's name are suggested to: American Diabetes Association 3544 N. Progress Ave., Suite 202 Harrisburg, PA 17110. Friends and family wishing to send a memorial gift, share a personal memory or offer condolences to the family, a Memorial Tribute Page in Kay’s honor and a Sympathy Store are available at www.Allen FuneralHome.com.

Kay E. Parker, age 67, of Bloomsburg, passed away on Friday, December 8, 2017, at her residence. Kay was a resident of her home in Bloomsburg for over 48 years. Kay was born on Sunday, September 24, 1950 in Berwick, a daughter of the late... View Obituary & Service Information

The family of Kay E. Parker created this Life Tributes page to make it easy to share your memories.