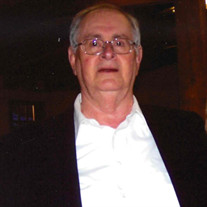 John M. Urban, age 75, of Bloomsburg, died on Monday afternoon, July 19, 2021, a patient of the Geisinger Medical Center in Danville. John was born on Tuesday, July 16, 1946 in Hazleton, Pennsylvania, a son of the late John W. and Mary J. (Rusnock) Urban. Throughout his younger years, John attended and later graduated from the Black Creek Township High School. John continued his education by attending the Bloomsburg State College graduating with a Bachelor's Degree in Education. Following his education, John enlisted on July 14, 1967 with the United States Navy where he faithfully served his country during the Vietnam War as a Aviation Fire Control Technician. On June 15, 1970, John was honorably discharged from his time of military service obtaining the rank of Petty Officer 3rd Class and being awarded the National Defense Service Medal. On March 3, 1978, John married his loving wife, Margaret M. Balas, of Freeland. For over 35 years, John was employed as a manager in numerous locations with the Job Service Office within the Department of Labor and Industry for the Commonwealth of Pennsylvania until his retirement in 2005. John was a faithful member of the St. Columba Catholic Church, a member of the Bloomsburg American Legion Post #273, a member of Ft. McClure Post #804 VFW and a member of PARSE (Pennsylvania Association of Retired State Employees). John enjoyed spending his time traveling all over the country and his time traveling to different casinos. In addition to his parents, John was also preceded in death by a brother, Edward Urban; a brother, Alexander Urban and a sister, Josephine M. Crossley. Survivors include his beloved wife, Margaret M. Urban of Freeland; a sister, Eleanor Broyan of Bloomsburg; and numerous nephews and nieces, and his niece who assisted in caring for him, Marie Owens, of Manakin Sabot, VA. A time of Visitation for family and friends will be held on Tuesday evening, July 27, 2021 from 5:00 pm to 7:00 pm at the Allen Funeral Home, Inc., 745 Market at Eighth Street in Bloomsburg. A Mass of Christian Burial will begin on Wednesday morning, July 28, 2021 at 10:00 a.m. at the St. Columba Catholic Church, 342 Iron and Third Street in Bloomsburg with Rev. Richard J. Mowery, celebrant. Graveside committal services will immediately follow in the Sacred Heart Catholic Church Cemetery, Weston, Pennsylvania. The Allen Funeral Home, Inc., of Bloomsburg is honored to be serving the Urban family. Memorial contributions in John's name are suggested to: Danville SPCA, 1467 Bloom Road, Danville, PA 17821.

John M. Urban, age 75, of Bloomsburg, died on Monday afternoon, July 19, 2021, a patient of the Geisinger Medical Center in Danville. John was born on Tuesday, July 16, 1946 in Hazleton, Pennsylvania, a son of the late John W. and... View Obituary & Service Information

The family of John M. Urban created this Life Tributes page to make it easy to share your memories.

Send flowers to the Urban family.