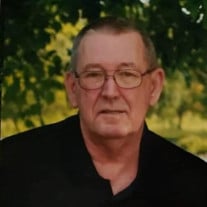 James P. Thivierge Sr., age 71, of Berwick, passed away surrounded by his loving family on Wednesday morning, September 16, 2020, at his North Centre Twp. home, where he lived for the past 47 years. He was born on Friday, January 28, 1949 in Gouverneur, NY, a son of the late Paul J. and Fern M. (Law) Thivierge. James graduated from the Clifton Fine Central High School, Star Lake, NY in 1968. He faithfully served his country in the U.S. Air Force during the Vietnam War and was honorably discharged in 1972. On May 24, 1969, James married his loving wife the former Nora A. Luther. For over 24 years, James was employed by Cheetah Chassis, Berwick in the purchasing and maintenance departments until his retirement on February 24, 2011. He enjoyed spending his time hunting, fishing, gambling, horse races and loved spending time with family and friends. In addition to his parents, James was also preceded in death by two grandsons, Michael B. Hanko, Cajun S. Thivierge, and two sisters, Marie Belles, and Phyllis Hower. Survivors include his beloved wife of 51 years, Nora A.Thivierge, four children; Emily J. wife of Sterling Bower of Millville, Michelle A. Thivierge and fiancee John Glacken of Fleetwood, James P. Thivierge, Jr. and wife Tracy of Mifflinville, Jason A. Thivierge and wife Judith of Benton, eleven grandchildren, thirteen great grandchildren, two sisters, Carol Jones of Avon, OH, Julie wife of John Lapacka of Rockport, TX, and a brother, Phillip Thivierge of Berwick. Private services will be held at the convenience of the family. The Allen Funeral Home, Inc., 745 Market at Eighth Streets, Bloomsburg is honored to be serving the Thivierge family.

James P. Thivierge Sr., age 71, of Berwick, passed away surrounded by his loving family on Wednesday morning, September 16, 2020, at his North Centre Twp. home, where he lived for the past 47 years. He was born on Friday, January 28,... View Obituary & Service Information

The family of James P. Thivierge Sr. created this Life Tributes page to make it easy to share your memories.

Send flowers to the Thivierge family.