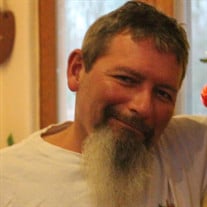 James A. Lee, age 57, of Bloomsburg, passed away on Saturday, August 21, 2021, a patient of the Geisinger Medical Center in Danville. Jim was a resident of Bloomsburg after his family moved to town in 1969. Jim was born on Wednesday, May 13, 1964 in Shamokin, Pennsylvania, a son of Lanny L. and Ann L. (Buggy) Lee of Danville. Throughout his younger years, Jim attended the Bloomsburg area schools, where he played little league and teener baseball with his Uncle Barry and dad as his coaches. In high school, he participated in track throwing both discuss and shotput. He also played football in high school and became an avid weight lifter and bodybuilder. Jim also acquired a love for motorcycles. After high school graduation, Jim joined the United States Marine Corps, a most proud accomplishment. Stationed in Hawaii, he deployed to the Pacific to South Korea, Philippines and Japan. Jim returned home to Bloomsburg following his honorable discharge of service to his country. Returning home, Jim studied with Welders Training and Technical Institute (WTTI) and became a certified welder. His welding career carried him to multiple locations within Pennsylvania, and was a member of the Boiler Makers Union. Having always enjoyed all things with motors, he worked as a golf course mechanic in Staten Island. His love of motorcycles morphed into a love of older Harley Davidsons, especially shovel heads. Jim began his stove making career with Alaska Stove and worked there for the rest of his life. He enjoyed helping family and friends maintain their vehicles and home repairs. He also helped his son repair his barn. Jim never passed up a chance to fire up his Stihl chainsaw. In addition to his parents, Jim is survived by a son, James N. Lee and fiance`, Nicole, of Catawissa; a sister, Heather Lee Williams and husband, Kenn, of Danville; nephews: Barron, Raiden, and Brogan Williams; and neices: Linae and Nayeli Williams; aunts, Helen Choplick, Lois Hess and Dixie Lee; and an uncle, Barry Lee and wife, Carol; and numerous cousins. Graveside committal services will be held privately in the All Saints Cemetery, Elysburg with Rev. Kelly Kocher-Ross, officiating, and Military Honors will be held by a combined VFW/American Legion accord. The Allen Funeral Home, Inc., 745 Market at Eighth Street in Bloomsburg is honored to be serving the Lee family.

James A. Lee, age 57, of Bloomsburg, passed away on Saturday, August 21, 2021, a patient of the Geisinger Medical Center in Danville. Jim was a resident of Bloomsburg after his family moved to town in 1969. Jim was born on Wednesday, May 13,... View Obituary & Service Information

The family of James A. Lee created this Life Tributes page to make it easy to share your memories.

Send flowers to the Lee family.