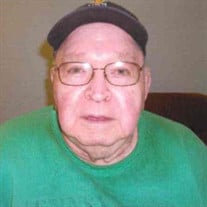 Harold A. Parker, age 82, a 53 year resident of Bloomsburg, went to be with his Lord and Savior on Thursday, December 8, 2016. He was a patient of the Geisinger Bloomsburg Health Care Center for the last 18 months. Harold was born on Thursday, March 29, 1934 in Riverside, a son of the late Clark M. and Jennie (Oman) Parker. Throughout his younger years, Harold attended the Bloomsburg area schools, and later graduated from Bloomsburg High School in 1953. For many years, Harold was employed by Geisinger Medical Center, Danville until his retirement in 1997. Harold was a member of the Wesley United Methodist Church. He was also a member of the Bloomsburg Elks Lodge #436 B.P.O.E., a life member of Bloomsburg Fire Department. He was a ticket collector and fair police at Bloomsburg Fair, as well as a Little League Baseball Coach. He played Santa Clause for 35 years and was a Big Brother. Most of all Harold enjoyed spending time with his family and children. In addition to his parents, Harold was preceded in death by his siblings: Dorothy Atherton, Norman Parker, John Arthur Parker, Jay Parker and Clara Hosler. Survivors include his beloved wife of 59 years, Mary Janet Parker; three children: Cheryl (Heather Long) Parker of Bloomsburg, Harold R. (Kum S) Parker of Jacksonville, FL, and Darlene (Denny) Beers of Bloomsburg; grandchildren: Jeremy Fortin, Crystal Parker, Harold Brandon Parker, Yvonne Parker, Nicholas Beers, and Natasha Beers and a brother Clark (Dolores) Parker of Danville. A time of Visitation for family and friends will be held on Tuesday, December 13, 2016 from 5:00 pm to 7:00 pm at the Allen Funeral Home, Inc.. 745 Market at Eighth St., Bloomsburg. Funeral Services will begin on Wednesday, December 14, 2016 at 10:00 am at the Allen Funeral Home, Inc. with Rev. Susan Rogutski, pastor of Catawissa United Methodist Church, officiating. Graveside committal services will immediately follow in the Elan Memorial Park, Lime Ridge. The Allen Funeral Home, Inc., is honored to be serving the Parker family. Memorial contributions in Harold's name are suggested to: Alzheimer Association, N.E. PA Chapter Kirby Center 63 N. Franklin Street Wilkes Barre, PA 18701 or National Parkinson's Foundation 1501 NW 9th Avenue Miami, FL 33136.

Harold A. Parker, age 82, a 53 year resident of Bloomsburg, went to be with his Lord and Savior on Thursday, December 8, 2016. He was a patient of the Geisinger Bloomsburg Health Care Center for the last 18 months. Harold was born on Thursday,... View Obituary & Service Information

The family of Harold A. Parker created this Life Tributes page to make it easy to share your memories.