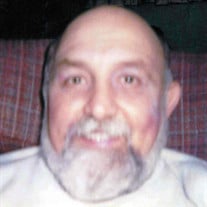 Gary L. Pursel, age 71, of Bloomsburg, died on Monday, July 18, 2016 surrounded by his family, a resident of the Millville Health and Rehabilitation Center in Millville. Gary was a resident of his home in Bloomsburg for over thirty five years. Gary was born on Wednesday, September 20, 1944 in Bloomsburg, a son of the late Elmer D. and Mildred (Wolfe) Pursel. Throughout his younger years, he attended the former Scott School in Espy as one of the last graduating classes. Gary graduated from the Central Columbia High School in 1962 where he achieved the title of State Champion in Wrestling in 1962. Immediately following high school, Gary enlisted in the United States Army on August 6, 1962 serving as a Sergeant during the Vietnam War. Gary served with the 27th Engineer Battalion and also the 593rd Engineer Company while stationed in St. Louis Missouri. During his time of service, Gary was awarded the Marksman medal, the National Defense Service Medal and the Good Conduct Medal. He was on honorably discharged on November 29, 1966 from his service to his country. On March 22, 1974, Gary married his loving wife, Helen Jean Barto, formerly of Coatesville. For over 37 years, Gary was employed by PP&L as an Effluent Manager until his retirement in 2003. Gary was a member of the American Legion Post #273, Bloomsburg VFW Ft. McClure Post #804, Bloomsburg Elks B.P.O.E. 436. Gary enjoyed spending his time with his grandchildren being "Gramps", fixing toys, tinkering, gardening, camping and cheering his favorite team the Washington Red Skins. In addition to his parents, Gary was also preceded in death by a son, Michael L. Pursel in 1992 and also by a brother, Floyd Pursel in 1973. Survivors include his beloved wife of 42 years, Helen Jean Pursel of Bloomsburg; a son, Mark L. Pursel and wife, Melinda, of Benton; a son, Kevin J. Pursel and wife, Kathy, of Hazelton; three granddaughters: Amanda N. Pursel of Bloomsburg; Britni K. Pursel of Benton; Willow B. Pursel of Benton; three grandsons: Mark B. Pursel of Berwick; Orien M. Pursel of Benton; Cody D. Kramer and wife, Amber, of Sweet Valley; two great granddaughters, Madalyn and Makayla Kramer; three sisters: Florence "Hat" Markle of Nescopeck; Mildred Pursel of Virginia; Myrtle Utt of Berwick; three brothers:, Mike Pursel of Columbia; Delbert Pursel of Ohio and Jerry Pursel of Berwick. A time of Visitation for family and friends will be held on Friday evening, July 22 from 6 to 8 pm at the Allen Funeral Home, Inc. in Bloomsburg. Graveside committal services with full Military Honors will be held at the convenience of the family. The Allen Funeral Home, Inc., is honored to be serving the Pursel family. Friends and family wishing to send a memorial gift, share a personal memory or offer condolences to the family, a Memorial Tribute Page in Gary’s honor and a Sympathy Store are available at www.Allen FuneralHome.com.

Gary L. Pursel, age 71, of Bloomsburg, died on Monday, July 18, 2016 surrounded by his family, a resident of the Millville Health and Rehabilitation Center in Millville. Gary was a resident of his home in Bloomsburg for over thirty five years. Gary... View Obituary & Service Information

The family of Gary L. Pursel created this Life Tributes page to make it easy to share your memories.

Send flowers to the Pursel family.