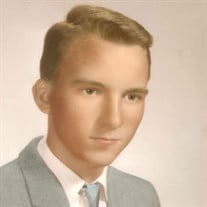 Gary Edward Keough, age 74, of Catawissa, entered fully into the presence of the Lord on Monday, May 31, 2021, at his home under the care of Commonwealth Hospice of Berwick. Gary was a resident of his home in Catawissa for over 14 years. He was born on Tuesday, December 3, 1946 in Pittsburgh, a son of the late Arthur and Grace Elizabeth (Staber) Keough. Gary graduated from the Hempfield Senior High School in Greensburg, PA. On December 21, 1974, Gary married his loving wife, the former Mary Ellen Toocheck. For over 24 years, Gary was employed by the United States Postal Service as a postman until his retirement in 2007. He was a member of the Calvary Baptist Church. Gary faithfully and honorably served his country from 1968 1971 during the Vietnam War. His experience in the Army played a very important role as he also served as a mechanic during the war ensuring safety for the war aircrafts. After serving in the war, Gary attended the College of Baptist Bible Institute of Colorado. Academic studies included Christian ministries, and theology. He graduated in 1979 with a Pastoral Degree. His most important goal in life was to spread the Word of the Gospel to all he would come into contact. Survivors include his beloved wife of 46 years, Mary Ellen Keough, three children, Elizabeth Ann wife of Jason Weber of Mohnton, Joelle Lynn Keough, Matthew Edward Keough and wife Cassandra Ballente Keough, five siblings; Arthur Keough, Patricia Keough Yessik, Jean Keough Gess, Jimmy Keough, Larry Keough, five grandchildren, Dillon, Noah, Lucy, Gwyneth and Vann. A time of visitation for family and friends will be held on Saturday, June 5, from 10:00 am to 11:00 am at Calvary Baptist Church, 3300 Ridge Road, Bloomsburg. Funeral services will follow on Saturday at 11:00 am at Calvary Baptist Church with Rev. Timothy Smith officiating. Graveside committal services will immediately follow in Elan Memorial Park. A combined VFW and American Legion group will conduct military honors. The Allen Funeral Home, Inc., 745 Market at Eighth streets, Bloomsburg is honored to be serving the Keough family.

Gary Edward Keough, age 74, of Catawissa, entered fully into the presence of the Lord on Monday, May 31, 2021, at his home under the care of Commonwealth Hospice of Berwick. Gary was a resident of his home in Catawissa for over 14 years. He... View Obituary & Service Information

The family of Gary Edward Keough created this Life Tributes page to make it easy to share your memories.

Send flowers to the Keough family.