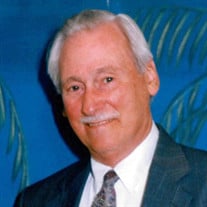 Frederick J. Steck, age 87, of Muncy, passed away on Wednesday, May 26, 2021, a patient of the Gate House Hospice in Williamsport. Frederick was a resident of his home in Madison Township for over 35 years. He was born on Monday, April 2, 1934 in New Rochelle, NY, a son of the late Frederick H. and Katherine (Volk) Steck. Frederick graduated from the Plainfield High School, Plainfield NJ. He faithfully served his country in the United States Navy during the Korean Conflict and was honorably discharged on March 24, 1955. On September 21, 1984, Frederick married his loving wife, the former Sue Ann Seal. For over 10 years, Frederick was employed by Merck & Co., Inc., Danville as a Chemical Operator until his retirement. He was a member of the Zion Lutheran Church, Turbotville. He was also a member of the USS The Sullivans Reunion Organization. Frederick was an avid gardener and he enjoyed traveling in his motor home across the United States. In addition to his parents, Frederick was also preceded in death by a son, Jesse Robert Steck, and a brother, Norman Steck. Survivors include his beloved wife of 35 years, Sue Ann Steck, three sons, Frederick J. Steck, Jr., David Steck, and Eric Steck all of New Jersey, a step son, Ard A. Michael of Lafayette, LA, a granddaughter, Gemma Steck of New Jersey, and a sister, Barbara Daskalakis of Bethesda, Maryland and a foreign exchange son, Dimitri Burkhard and wife, Mamiko, of Switzerland. A time of visitation for family and friends will be held on Tuesday, June 1, 2021 from 4:00 pm to 6:00 pm at the Allen Funeral Home, Inc., 745 Market at Eighth streets, Bloomsburg. Funeral services will begin on Wednesday, June 2, 2021 at 10:00 am at the Allen Funeral Home, Inc., Bloomsburg. Graveside committal services will immediately follow in the White Hall Cemetery, Turbotville, with military honors provided by the combined VFW and American Legion groups. The Allen Funeral Home, Inc., is honored to be serving the Steck family.

Frederick J. Steck, age 87, of Muncy, passed away on Wednesday, May 26, 2021, a patient of the Gate House Hospice in Williamsport. Frederick was a resident of his home in Madison Township for over 35 years. He was born on Monday,... View Obituary & Service Information

The family of Frederick J. Steck created this Life Tributes page to make it easy to share your memories.

Send flowers to the Steck family.