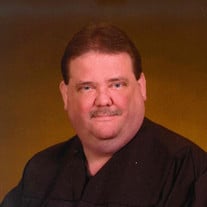 Emerson T. Woodward, III, age 57, nicknamed “Jake,” passed away on Wednesday, January 19th, 2022, at Geisinger Medical Center. Jake was born in Coatesville, PA to Rev. Emerson Woodward, Jr. of Pittsgrove, NJ and the late Dorothy (Kizer) Travitsky on May 22nd, 1964. He grew up on his father’s farm in Rising Sun, MD where he attended high school and obtained his G.E.D. in 1981. Jake was a talented motorcycle racer from ages nine through thirteen until he grew beyond a suitable size for racing, though he remained an avid NASCAR fan throughout his lifetime. At age thirteen, Jake started his first band. During his teenage years, he was the drummer for the rock band Illusion, which toured the tri-state area and took 1st place at the “Battle of the Bands.” He took music theory classes at Cecil County Community College, although he never fully learned to read music and preferred to play by ear. Jake was an extremely talented and passionate musician and self-taught numerous instruments including the guitar, drums, and piano, although he never mastered a wind instrument only because he “never bothered to try.” He later moved to Berwick, PA where he was the lead guitarist for the band Nothing Fancy in the late 80’s, known locally for their classic rock music. Jake was also a gifted carpenter and owned two businesses, Brownwood Construction and AM Enterprises, where he designed, drafted, and built custom homes. He was exceptionally detailed at his craft, hired to restore the interior courtrooms of the Columbia County Courthouse and the Bloomsburg Town Hall exterior, as well as multiple Fifth Street historical homes in Bloomsburg. Because of Jake’s talents, AM Enterprises was presented the prestigious Harvey Manufactured Products Crystal Achievement Award for his commitment to quality and craftsmanship. When it became harder for him to climb ladders, he worked for Pella Windows, where he was named Best Outstanding Salesman on the East Coast. Jake also contributed his experience and talents to Expert Home Builders, Vision Home Builders, and Fusion Homes in his many years in the construction and home building industry. Beginning in the 90’s, Jake became worship leader and music director for the contemporary and blended traditional services at Lightstreet United Methodist Church, where he also led an adult Sunday School class and taught Bible Study. He started L.I.F.E. (Living in Faith Everyday) band, a Christian rock band, and wrote and recorded his own music. Later, Jake attended Wesley Theological Seminary to become a licensed local pastor and was appointed to serve Catawissa First United Methodist Church in 2011. He served the church for several years before his health concerns forced him to leave the ministry and into early retirement. After he retired as a pastor, Jake was a dedicated volunteer at AGAPE and was the first person in Columbia County to be certified for teaching the Getting Ahead program, through which he worked with families struggling with poverty to help them break free from generational cycles and improve their livelihoods. Jake is preceded in death by his mother, Dorothy (Kizer) Travitsky, of Berwick, PA. He is survived by his loving wife, Jacqueline, of Bloomsburg, PA; his two children, Claire, of Philadelphia, PA, and L.J., of Bloomsburg, PA; his father, Emerson T. Woodward, Jr. and stepmother Margot Woodward, of Pittsgrove, NJ; his sister, Karen Brown and her husband Alan, of Nescopeck, PA; brother, George Woodward and his wife Brenda, of Wichita Falls, TX; and sister, Wanda Gilley, of Port Deposit, MD. A time of Visitation for family and friends will be held on Friday, January 28, 2022, from 4:00 pm to 6:00 pm at the Allen Funeral Home, Inc., 745 Market at Eighth Streets, Bloomsburg. A Celebration of Life Service will begin on Friday, January 28, 2022, at 6:00 pm at the Allen Funeral Home, Inc. with Rev. Stephen Portner officiating. Masks are required and social distancing is appreciated. Private graveside committal services will be held in the New Rosemont Cemetery, Espy. The Allen Funeral Home, Inc., Bloomsburg is honored to be serving the Woodward family. Memorial contributions in Jake's name are suggested to: A memorial contribution to your favorite music ministry. If you have no ministry, please consider sending a donation in Jake’s memory to Lightstreet UMC attn. Music Ministry, 1640 Main St. Lightstreet, Bloomsburg, PA 17815.

The family of Emerson T. "Jake" Woodward III created this Life Tributes page to make it easy to share your memories.

Send flowers to the Woodward family.