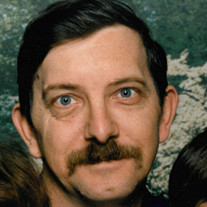 Edward E. Mensch, Sr., age 70, of Bloomsburg, passed away on Saturday, March 17, 2018, a patient of the Geisinger Medical Center in Danville. Edward was a resident of Third Street, Almedia his entire life. He was born on Sunday, January 11, 1948 in Apex, NC, a son of the late Albert James and Mary (Fowler) Mensch. Edward faithfully served his country in the U.S. Army during the Vietnam War. For over 25 years, Edward was employed by Berwick Offray as a Lead Foreman. He was a member of the Almedia Bible Church, also a member of the Bloomsburg American Legion Post #273, life member of the Espy Fire Co. No. 1 and a former Trustee for Easter Seals. Edward enjoyed spending his time working outside in his garden. In addition to his parents, Edward was also preceded by a brother, Albert Mensch, Jr. on March 17, 2014. Survivors include his children, Edward E. Mensch, Jr. of Bloomsburg; Jane L. Mensch of Bloomsburg; Linda E. Thomas of Berwick; grandchildren, Jennifer M. Mensch of Berwick; Michael C. Mensch of Bloomsburg; Rebecca N. Mensch of Bloomsburg; Aria R. Meeks of Bloomsburg; a great granddaughter, Arabella Keck of Berwick; siblings, William Mensch of Hetlerville; Carl Mensch of Bloomsburg; Daniel Mensch and his wife June of Hazleton; Linda wife of David Smith of Orangeville; Robert Mensch and his wife Jane of Berwick; Mary wife of Jeff Wagner of Maine; Matthew Mensch, Sr. and his wife Rita of Bloomsburg; along with several nieces and nephews. A time of Visitation for family and friends will be held on Thursday, March 22, 2018 from 10:00 am to 11:00 am at the Almedia Bible Church, 278 Van Dine St., Bloomsburg. Funeral Services will begin on Thursday, March 22, 2018 at 11:00 am at the Almedia Bible Church, with his pastor Rev. Larry Smith, officiating. Graveside committal services will immediately follow in Elan Memorial Park, Bloomsburg with military honors being accorded by the combined V.F.W and American Legion groups. The Allen Funeral Home, Inc., 745 Market at Eighth Streets, Bloomsburg is honored to be serving the Mensch family. Friends and family wishing to send a memorial gift, share a personal memory or offer condolences to the family, a Memorial Tribute Page in Edward’s honor and a Sympathy Store are available at www.Allen FuneralHome.com.

Edward E. Mensch, Sr., age 70, of Bloomsburg, passed away on Saturday, March 17, 2018, a patient of the Geisinger Medical Center in Danville. Edward was a resident of Third Street, Almedia his entire life. He was born on Sunday, January 11,... View Obituary & Service Information

The family of Edward E. Mensch Sr. created this Life Tributes page to make it easy to share your memories.

Send flowers to the Mensch family.