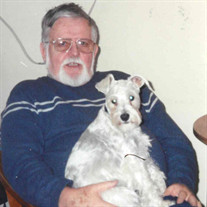 Douglas E. Lewis, age 87, formerly Danville, died on Monday, September 18, 2017, a resident of Signature Health Care of Bloomsburg. Douglas was a resident of his home in Danville for many years and was a full time R.V.'er after retirement for many years. Douglas was born on Wednesday, April 16, 1930, in Teaneck, New Jersey, a son of the late Charles and Dorothy (Hartman) Lewis. His family moved to Berwick in 1930. Throughout his younger years, Douglas attended the Berwick area schools, and later graduated from the Berwick High School in 1948. Following High School, he enlisted in the US Marine Corps and faithfully served his country. He was a sniper instructor with the Marines and was honorably discharged on July 7, 1952. On January 9, 1988, Douglas married his loving wife, Darlene (Dippel) Lehman. For over 41 years, Douglas was employed by the former TRW and Textron Industries as a Machinist until his retirement in 1991. He was a member of the Community of Christ Church, Bloomsburg and he enjoyed spending his time traveling, hunting and doing carpentry. For 38 years he was actively involved with the Forksville Bow Festival. He was a fan of Penn State football and NASCAR. During his younger years, Douglas was very active with the Shriner's Circus and the Shriner's Hospital for Children. Survivors include his beloved wife of 29 years, Darlene L. Lewis of Bloomsburg; step daughters: Darlis Blamey and husband, Robert, of Oakley, CA, Karen Fritz and husband, Carl, of Benton, and Wendy Moriarty and husband, Dennis, of Winston Salem, NC; grandsons: Christopher Ehmer and wife, Emily, of Yonkers, NY, and Cole Moriarty of Winston Salem, NC. A time of Visitation for family and friends will be held on Saturday, September 23, 2017, from 9 to 10 a.m. at the Allen Funeral Home, Inc., 745 Market at Eighth St., Bloomsburg. Funeral Services will continue at 10 a.m. at the funeral home. Graveside committal services with full military honors by a combined VFW and American Legion group will immediately follow in New Rosemont Cemetery, Espy. The Allen Funeral Home, Inc., is honored to be serving the Lewis family. Memorial contributions in Douglas' name are suggested to: Community of Christ Church 750 Market Street, Bloomsburg PA 17815 or Shriner's Hospital for Children, 2900 Rocky Point Dr., Tampa, FL 33661. Friends and family wishing to send a memorial gift, share a personal memory or offer condolences to the family, a Memorial Tribute Page in Douglas’ honor and a Sympathy Store are available at www.Allen FuneralHome.com.

Douglas E. Lewis, age 87, formerly Danville, died on Monday, September 18, 2017, a resident of Signature Health Care of Bloomsburg. Douglas was a resident of his home in Danville for many years and was a full time R.V.'er after retirement... View Obituary & Service Information

The family of Douglas E. Lewis created this Life Tributes page to make it easy to share your memories.

Send flowers to the Lewis family.