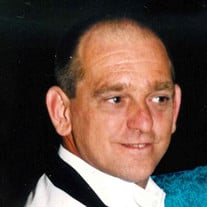 Douglas D. Fetterman, age 67, of Bloomsburg, passed away on Wednesday, February 17, 2021, at his Montour Twp. home. Douglas was a resident of Bloomsburg all of his life. He was born on Saturday, October 10, 1953 in Bloomsburg, a son of the late Arthur Edward and Betty Lillian (Propst) Fetterman. On July 10, 1971, Douglas married his loving wife, the former Linda A. Rupp. He was employed at Bloomsburg Mills for 18 years and also worked part time for 13 years at West End Service Station, where he became known locally as "Jerk Jr." For over 29 years, Douglas was employed by Commercial Stainless, Bloomsburg as a welder until his retirement in 2016. Douglas served as Fire Police Captain for 32 years with the Montour Township Firehall and also volunteered with the Catawissa Fire Department. He was a member of the bowling leagues at P Nut Bowl, Bloomsburg. Douglas enjoyed spending his time woodworking, fishing, kayaking and was a micro race car enthusiast. He loved helping and talking to others and was known as a jack of all trades, master of none. In addition to his parents, Douglas was also preceded in death by a brother, Fred Fetterman. He and his wife, Linda A. Fetterman would have celebrated their 50th wedding anniversary on July 10, 2021. Also surviving are his two daughters; Angie wife of Chop Slusser of Benton, Rebecca wife of Kevin Lazarski of Bloomsburg, eight grandchildren; Tony Slusser, Cody Felker and wife Brooke, Andrew Slusser, Nikki Slusser, Allison Slusser, Carlie Slusser, Breanna Slusser, Tessa Felker, six great-grandchildren, and his aunt, Sandra Reifendifer of Catawissa, as well as many nieces, nephews and cousins. A time of visitation for family and friends will be held on Monday, February 22, 2021 from 4:00 pm to 6:00 pm at the Allen Funeral Home, Inc., 745 Market at Eighth Streets, Bloomsburg. Funeral services will begin on Monday, February 22, 2021 at 6:00 pm at the Allen Funeral Home, Inc. with Rev. Kelly Kocher-Ross, officiating. The Allen Funeral Home, Inc., is honored to be serving the Fetterman family. Memorial contributions in Douglas's name are suggested to: American Cancer Society, c/o Columbia County Unit, 1948 East 3rd. St., Williamsport, PA, 17701 or Disabled American Veterans, P.O. Box 14301, Cincinnati, OH, 45250.

Douglas D. Fetterman, age 67, of Bloomsburg, passed away on Wednesday, February 17, 2021, at his Montour Twp. home. Douglas was a resident of Bloomsburg all of his life. He was born on Saturday, October 10, 1953 in Bloomsburg, a son... View Obituary & Service Information

The family of Douglas D. Fetterman created this Life Tributes page to make it easy to share your memories.

Douglas D. Fetterman, age 67, of Bloomsburg, passed away on Wednesday,...

Send flowers to the Fetterman family.