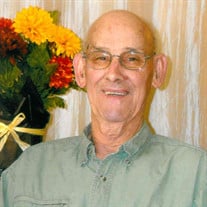 Douglas N. Dawson, age 88, of Bloomsburg, passed away on Wednesday morning, October 27, 2021, a resident of the Bloomsburg Care and Rehabilitation Center. He was born on Monday, December 19, 1932 in Paw Paw, West Virginia, a son of the late John and Helen Virginia (Jamison) Dawson. Douglas lived most of his early life in Danville and was a graduate of Danville High School. Douglas faithfully served his country in the U.S. Army, stationed in Munich, Germany during the Korean Conflict and was honorably discharged on March 12, 1955. He was employed as a machinist for TRW, Danville until his retirement after 39 years. He was a member of St. Matthew Lutheran Church, Bloomsburg. He was also a member of the Bloomsburg Masonic Lodge, the Scottish Rite, Valley of Bloomsburg, a life member of the Mainville Sportman's Club, and a life member of the Rupert Fire Company. He was an avid sportsman, he enjoyed fishing and hunting, and was an expert at fly tying. The love of baseball continued throughout his life, playing during his military service and also pitched for the local Tri County League for many years. In addition to his parents, Douglas was also preceded in death by his beloved wife of 45 years, Mary (Fry) Dawson on August 8, 2003, and his sister Sara Jo (Dawson) Weldie. Survivors include his brother-in-law, Raymond Weldie, and three nephews; Raymond, John and Wayne Weldie. In addition, he is survived by numerous cousins as well as the family of his late friend, Betty Klingaman. A time of visitation for family and friends will be held on Monday, November 1, 2021 from 10:00 am to 11:00 am at the Allen Funeral Home, Inc. 745 Market at Eighth Streets, Bloomsburg. Funeral services will begin on Monday, November 1, 2021 at 11:00 am at the Allen Funeral Home, Inc. with Rev. Dr. Joel L. Zeiders, officiating. Graveside committal services will immediately follow in St. Peter's Lutheran Cemetery, Grovania with military honors being presented by a combined VFW and American Legion groups. The Allen Funeral Home, Inc., is honored to be serving the Dawson family. Memorial contributions in Douglas's name are suggested to: St. Matthew Lutheran Church, 123 N. Market St., Bloomsburg, PA 17815 or a charity of your choice.

Douglas N. Dawson, age 88, of Bloomsburg, passed away on Wednesday morning, October 27, 2021, a resident of the Bloomsburg Care and Rehabilitation Center. He was born on Monday, December 19, 1932 in Paw Paw, West Virginia, a son of... View Obituary & Service Information

The family of Douglas N. Dawson created this Life Tributes page to make it easy to share your memories.

Douglas N. Dawson, age 88, of Bloomsburg, passed away on Wednesday...

Send flowers to the Dawson family.