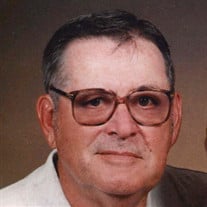 Donald D. Straub , age 85, of Riverside, died peacefully at his home on Saturday, January 6. He resided in Riverside for over 52 years. He was affectionately known has "Duck" and "Strauby". Donald was born on Sunday, June 26, 1932 in Frackville, a son of the late Paul "Tex" and Dorothy (Dresher) Straub. He graduated from the Frackville Area High School in 1950, where he was also co-captain of the football team. Donald continued his education at Bloomsburg State College, graduating with a Bachelor's Degree. He served his country in the U.S. Air Force during the Korean Conflict and was honorably discharged in 1955. For over 24 years, Donald was employed by the Danville Area School District as a Junior High School History and Government Teacher until his retirement. Donald was a member of the Grove Presbyterian Church, where he served in many capacities . He was also a member of the Danville Elks Lodge and South Side Fire Company. He had also been involved with Habitat For Humanity, Emergency Management Planning (Riverside Borough), Danville YMCA and Danville Little League. He was an avid outdoorsman and enjoyed activities such as trapping, hunting, and fishing. Donald enjoyed attending local athletic events, including watching his grandchildren participate as athletes. In addition to his parents, Donald was preceded in death by his loving wife, Alma L. (Haines) Straub. Survivors include his two daughters, Holly R. Straub of Vermillion, SD; Allison A. wife of Bill Maloney of Danville; four grandchildren, Jasmine M. Maloney of Lancaster; Josh Maloney, Logan Maloney, Riley Maloney all of Danville; brother, Paul Straub, and wife Adele of Dowagiac, MI; sister, Nancy wife of John "Jack" Elchisak of Webster, NY. A time of Visitation for family and friends will be held on Friday, January 12, 2018 from 5:00 pm to 7:00 pm at Grove Presbyterian Church in Danville. Friends and family will also be received on Saturday January 13, 2018 from 10:00 am to 11:00 am. Funeral Services will begin on Saturday, January 13, 2018 at 11:00 am at Grove Presbyterian Church, 358 Bloom St., Danville with The Rev. Dr. Robert J. Andrews, Pastor Emeritus officiating. Graveside committal services will immediately follow in the Odd Fellows Cemetery, Danville. Military honors will be presented by the Danville American Legion Post #40. The Allen Funeral Home, Inc., is honored to be serving the Straub family. Memorial contributions in Donald's name can be made to Grove Presbyterian Church, 376 Bloom St., Danville, PA 17821 or South Side Fire Company, P.O. Box 56 Riverside, PA 17868. A Memorial Tribute Page in Donald’s honor is available at www.Allen FuneralHome.com.

Donald D. Straub , age 85, of Riverside, died peacefully at his home on Saturday, January 6. He resided in Riverside for over 52 years. He was affectionately known has "Duck" and "Strauby". Donald was born on Sunday, June 26, 1932 in Frackville,... View Obituary & Service Information

The family of Donald D. Straub created this Life Tributes page to make it easy to share your memories.

Send flowers to the Straub family.