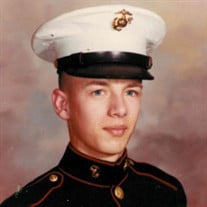 Charles T. Reigle, age 73, of Bloomsburg, passed away on Sunday, March 7, 2021, a patient of the Geisinger Medical Center, Danville. Charles was a resident of Bloomsburg for most of his life. He was born on Tuesday, August 5, 1947 in Mifflinville, a son of the late Warner H. Reigle and May C. (Girton) Graham. Charles graduated from the Bloomsburg Area High School in 1965. Following high school he faithfully served his country in the U.S. Marine Corp and was honorably discharged in 1970. While in the Marines he fought in Vietnam and served as an Air Craft Mechanic. After the completion of his duties he furthered his education at Bloomsburg University obtaining a Bachelors Degree in Philosophy and Speech. He held many jobs during his life, including at Penn Lyon Homes, Girton Manufacturing, Joe Bardo Modular Homes, and Breisch's Dairy. His last few years were spent battling cancer. Charles was a member of the First English Baptist Church, Bloomsburg. Charles was known as a jack of all trades working numerous jobs in his lifetime. In his younger days he enjoyed the outdoors, hunting and camping. He was always willing to help family members with moving, repairs, etc. In addition to his parents, Charles was also preceded in death by a brother, Clyde W. Mensinger. Survivors include his five sisters, Pollyann J. Siciliano of Bloomsburg, Corada Earlston of Bloomsburg, Lenore wife of Carl J. Risch of Bloomsburg, Dolores Bennett of Orangeville, Carol wife of Richard Martin of Bloomsburg, as well as many nephews and nieces. Funeral services will be held privately at the convenience of the family with burial in Indiantown Gap National Cemetery, Annville. The Allen Funeral Home, Inc., 745 Market at Eighth Streets, Bloomsburg is honored to be serving the Reigle family.

Charles T. Reigle, age 73, of Bloomsburg, passed away on Sunday, March 7, 2021, a patient of the Geisinger Medical Center, Danville. Charles was a resident of Bloomsburg for most of his life. He was born on Tuesday, August... View Obituary & Service Information

The family of Charles T. Reigle created this Life Tributes page to make it easy to share your memories.

Charles T. Reigle, age 73, of Bloomsburg, passed away on Sunday,...

Send flowers to the Reigle family.