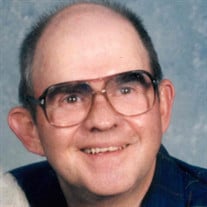 Charles D. "Doug" Harris, age 89, of Berwick, passed away on Monday, November 16, 2020, a patient of the Berwick Retirement Village II. He was born on Wednesday, June 3, 1931 in Bloomsburg, a son of the late Charles Dewey and Helen (Zeigler) Harris. He and his wife Flo lived in the Bloomsburg area for 50 years until moving to the Berwick area to live near their son Douglas and daughter in law Donna at the "old folks home" on Kiliti Road. Throughout his younger years, Doug attended the Fifth Street school in Bloomsburg, and later graduated from the Bloomsburg High School in 1950. Doug faithfully served his country in the U.S. Marine Corps, attaining the rank of Sergeant during the Korean War and was honorably discharged on January 24, 1954. He used the GI bill to attend Williamsport Technical Institute where he met his future wife Florence (Flo) Ruth Stout of Antes Fort, PA. On September 2, 1955, Doug married his loving wife, Florence who preceded him in death on December 21, 2012. Doug was the manager of the Sunoco Station on Route 11, Bloomsburg and later was a truck driver for Agway Fuel, a job he loved. Doug lost his right leg in an accident in the winter of 1979. He had a lot of things to overcome. He had such a good attitude about this new way of life. He depended on his family and best friends, Dale Laubach, Clark Patterson and Bill Bisset. They figured out ways to still take him fishing and hunting, which he loved. He was so appreciative of these guys to make his life normal. Besides fishing and hunting, his hobbies also include, riflery, reloading his own ammo and skeet shooting with his sons. Having one leg did not stop Doug from enjoying his life. He loved to drive and explore the back roads of Pennsylvania. He also enjoyed long distance travels. He and Florence drove to Alaska, his dream trip, and New Mexico. Doug and Florence were members of Stone United Methodist Church, Berwick and previously were members of the Lightstreet United Methodist Church. In addition to his parents and wife, Doug was also preceded in death by a sister, Margaret Coombe and brother-in-law Howard Coombe. Survivors include his three beloved children; Charles Dewey Harris and wife Nalei of Kailua, HI, Douglas Harris and wife Donna of Berwick, Wendy wife of Aaron Hastie of Frederick, MD; six grandchildren, April Marie wife of Matthew Snyder, Ginny Renee Crake, Abram Hastie, Elizabeth Hastie, Rachel Hastie, and Jordan Hastie, five great-grandchildren, Harrison Snyder, Everett Snyder, Henry Snyder, Karolena Crake, and Russell Crake. He took great joy in his six grandchildren and five great-grandchildren. A time of visitation for family and friends will be held on Saturday, October 2, 2021 from 10:00 am to 11:00 am at the Stone United Methodist Church, 300 Stone Church Road, Berwick. Funeral services will begin on Saturday, October 2, 2021 at 11:00 am with Rev. Kevin Stout, officiating. Military honors will be provided by a combined VFW and American Legion groups. The Allen Funeral Home, Inc., 745 Market at Eighth Streets, Bloomsburg is honored to be serving the Harris family. Memorial contributions in Charles's name are suggested to: Stone United Methodist Church, 300 Stone Church Road, Berwick, PA 18603.

Charles D. "Doug" Harris, age 89, of Berwick, passed away on Monday, November 16, 2020, a patient of the Berwick Retirement Village II. He was born on Wednesday, June 3, 1931 in Bloomsburg, a son of the late Charles Dewey and Helen... View Obituary & Service Information

The family of Charles D. "Doug" Harris created this Life Tributes page to make it easy to share your memories.

Send flowers to the Harris family.