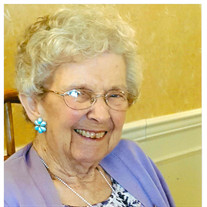 Bettie M. Major, age 91, formerly of Florida, died on Saturday, May 6, 2017, a resident of the Nottingham Village, Northumberland, PA. Bettie was a resident of Florida for 21 years and also lived in Missouri and was raised in Illinois. . Bettie was born on Tuesday, February 2, 1926 in Jacksonville, Illinois, a daughter of the late Edward and Evelyn (Hilderbrand) Merris. Bettie was raised by her maternal grandparents, Joseph and Louella Hilderbrand. Bettie graduated from the Meredosia High School in 1944. She expanded her education by attending MacMurray College where she received a bachelors degree. She also earned a Master's Degree from Northern Illinois University. For over 19 years, Bettie was employed by Dixon Illinois School District as an English teacher until her retirement. Bettie was an artist, played the piano for various Senior Centers in Florida, sold Real Estate for 12 years at Lake of the Ozarks, MO. She also volunteered for AARP Tax Service and a church food bank. In addition to her parents, Bettie was also preceded in death by her husband, James Elmo Major in 2004 and a grandson, Mark E. Major in 2008. She was the last surviving member of her immediate family. Survivors include two children: Judith "Judy" A. Pointer (Roy) of Bloomsburg, PA and James E. Major (Amy Gilreath) of Hudson, IL; grandchildren: Michael R. Pointer (Jessica), Joseph A. Pointer (Rebecca), Erik Major, and Elizabeth James (David); 12 great grandchildren and 2 great great grandchildren. Bettie is also survived by her close friend: John Phillips of Florida. A celebration of her life will be held in Florida at a later date. Bettie will be interred beside her husband in the Florida National Cemetery, Bushnell, FL. The Allen Funeral Home, Inc., is honored to be serving the Major and Pointer families. Friends and family wishing to send a memorial gift, share a personal memory or offer condolences to the family, a Memorial Tribute Page in Bettie’s honor and a Sympathy Store are available at www.Allen FuneralHome.com.

Bettie M. Major, age 91, formerly of Florida, died on Saturday, May 6, 2017, a resident of the Nottingham Village, Northumberland, PA. Bettie was a resident of Florida for 21 years and also lived in Missouri and was raised in Illinois.... View Obituary & Service Information

The family of Betti M. Major created this Life Tributes page to make it easy to share your memories.

Send flowers to the Major family.