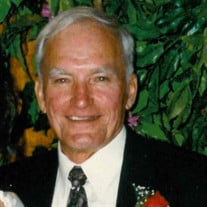 Adam W. Skarzenski, age 91, of Bloomsburg, died on Monday, November 2, 2020, following a brief stay at Weatherwood Nursing Home in Weatherly, PA. He was a resident of his home in Mt. Pleasant Township for over 22 years. Adam was born on Tuesday, October 29, 1929 in Jersey City, NJ, a son of the late Edward and Janine (Tomashefski) Skarzenski. Throughout his younger years, Adam attended St. Ann's Polish School and graduated from A. Harry Moore High School in Jersey City. Following high school he faithfully served his country in the United States Air Force during the Korean War and graduated from The Dallas Aviation School, Dallas, TX. Adam was employed by NY/NJ Port Authority as a Police Officer for over 21 years until his retirement in 1977, after which he worked as a contractor in New Jersey until 1998. He was a member of the St. Mary's Catholic Church, Berwick. He was also a member of the Police Benevolent Association and a former member of the NRA. Adam enjoyed war movies and everything airplanes. On September 18, 1987, Adam married his loving wife, Mary (Cruser) Anderson and together they moved to Bloomsburg in 1998. In addition to his parents, Adam was also preceded in death by brothers, John and Vincent Skarzenski. Survivors include his beloved wife, Mary K. Skarzenski, daughters: Celine, wife of Robert Ciccone of Edison, NJ, and Suzanne, wife of Robert Uliano of Jackson, NJ, grandchildren: Nicholas Uliano, Adam Uliano, and Janine Ciccone; step children: Deborah Anderson of Browns Mills, NJ, Michael Anderson and his wife Claudette of Mooresville, NC, and Greg Anderson and his wife Valerie of Danville. A private family service will be held at a later date. The Allen Funeral Home, Inc., 745 Market at Eighth Streets, Bloomsburg is honored to be serving the Skarzenski family. Memorial contributions in Adam's name are suggested to: St. Jude Children's Research Hospital 501 St. Jude's Place, Memphis, TN, 38105 or Alzheimer's Association, N.E. PA Chapter 63 N. Franklin St., Wilkes Barre, PA 18701.

Adam W. Skarzenski, age 91, of Bloomsburg, died on Monday, November 2, 2020, following a brief stay at Weatherwood Nursing Home in Weatherly, PA. He was a resident of his home in Mt. Pleasant Township for over 22 years. Adam was born... View Obituary & Service Information

The family of Adam W. Skarzenski created this Life Tributes page to make it easy to share your memories.

Send flowers to the Skarzenski family.